This advert was filmed over two days on location in Cornwall in early August 2017. August in Cornwall is very busy with holiday makers so we had to start early! Although most summers in Cornwall are plagued with flat spells we were lucky this year in that a huge Atlantic swell came in just in time for our short filming window. The plan was to surf at Holywell bay. On the first morning the camera team shot some great set up shots of the jag, but the surf was way too big for Mango and I to get in the surf. The wind was strong from the west making the surf big and messy. That afternoon we drove up the coast and checked out Harlyn bay - a more sheltered, north facing surf spot. The surf even there was massive, way too big for Mango and it was packed with over 200 surfers in the water. It was a frustrating day and we were left feeling very nervous and under pressure to perform with just one more day to go. As luck would have it the swell dropped over night (as forecast) and the film crew assembled at the crack of dawn - 6.30am at Harlyn and I was delighted to see some fun 2 foot waves coming into the bay and only a couple of surfers out. The camermen got ready and the drone took off and after 20 minutes surfing we had plenty of waves on camera. Tim Boydel of Newquay film making company Light Colour Sound said it was strange filming dog surfing as he is used to focussing on the surfer but instead he had to focus further down the board at the dog! Expert drone footage was provided by Jim Keith and director Chris Mclean was also in the water with his massive Red camera and housing. It was awesome! Mango really enjoyed the surf and all the attention! The rest of the day was spent filming mango getting into the jag - that was way harder than the surfing!
It is great to have had a professional film made showing Mangos amazing talents - she is now seven years old and I'm not sure how many more years she will be surfing!

To help raise money for local charity Holywell Bay Surf Lifesaving Club Mango is offering a one off Dog surfing experience!  We will meet you at the beach - you can meet Mango and her family and learn how she took up the sport. Watch Mango in action catching some waves and then have a surfing lesson for you and your dog, or have a go surfing with Mango! Animal welfare and sea safety will be our priority and the session will be supervised by a qualified beach Lifeguard. This is a one-off event which will take place between May and October 2018 - date and time to be organised with Mango's owner Matt Slater.
The experience will be sold at auction to the highest bidder and money raised will be used by the club to help us train the lifeguards of the future! To bid you can visit Mangos facebook page and comment on the post about the auction. Or you can come along to the charity auction being held at the Smugglers Den Inn, Cubert on Saturday the 2nd December 2017.  Happy bidding!
Posted by Matt Slater at 06:36 8 comments:

Mango the surfing dog is on CBBC Newsround! Click here!
Posted by Matt Slater at 11:36 4 comments:

Mango is still ruling the surf 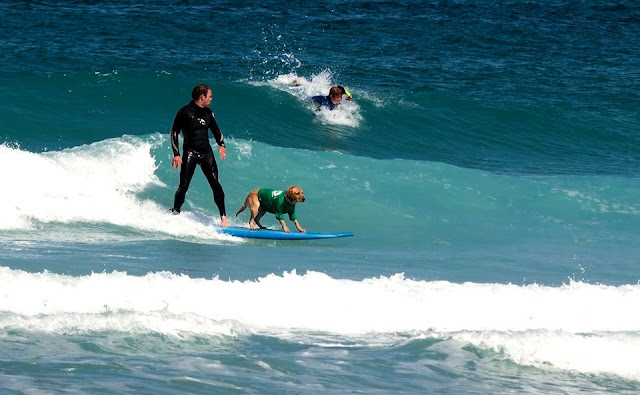 Here is a great photo of mango in action last summer - she is still very happy to surf!
Posted by Matt Slater at 11:26 6 comments:

Puppies in the garden! 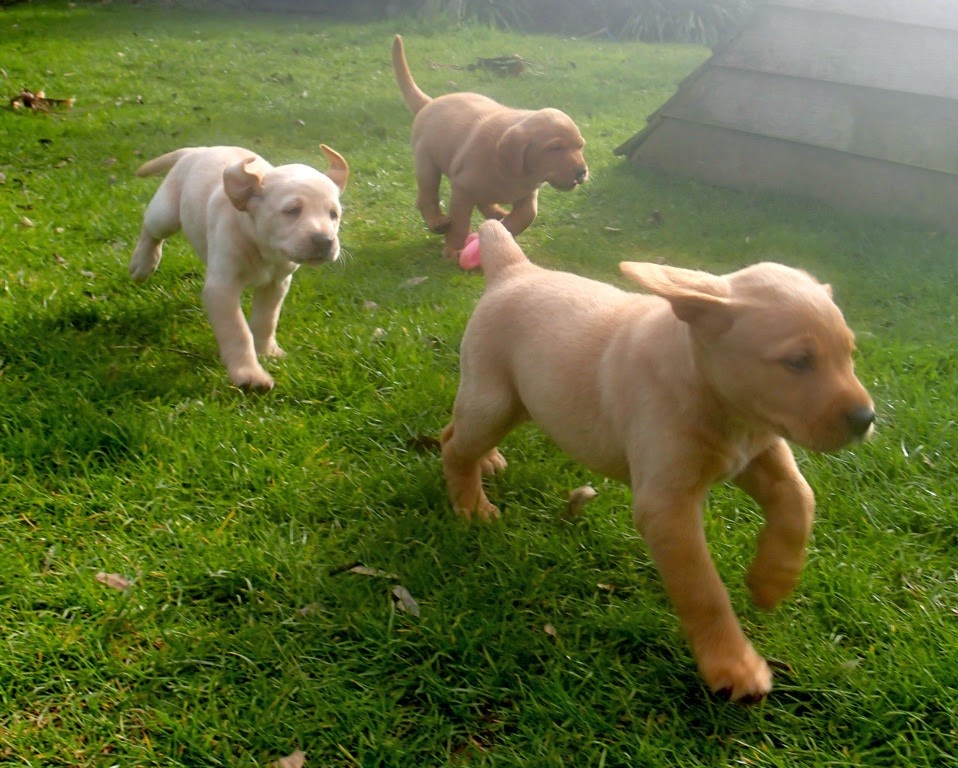 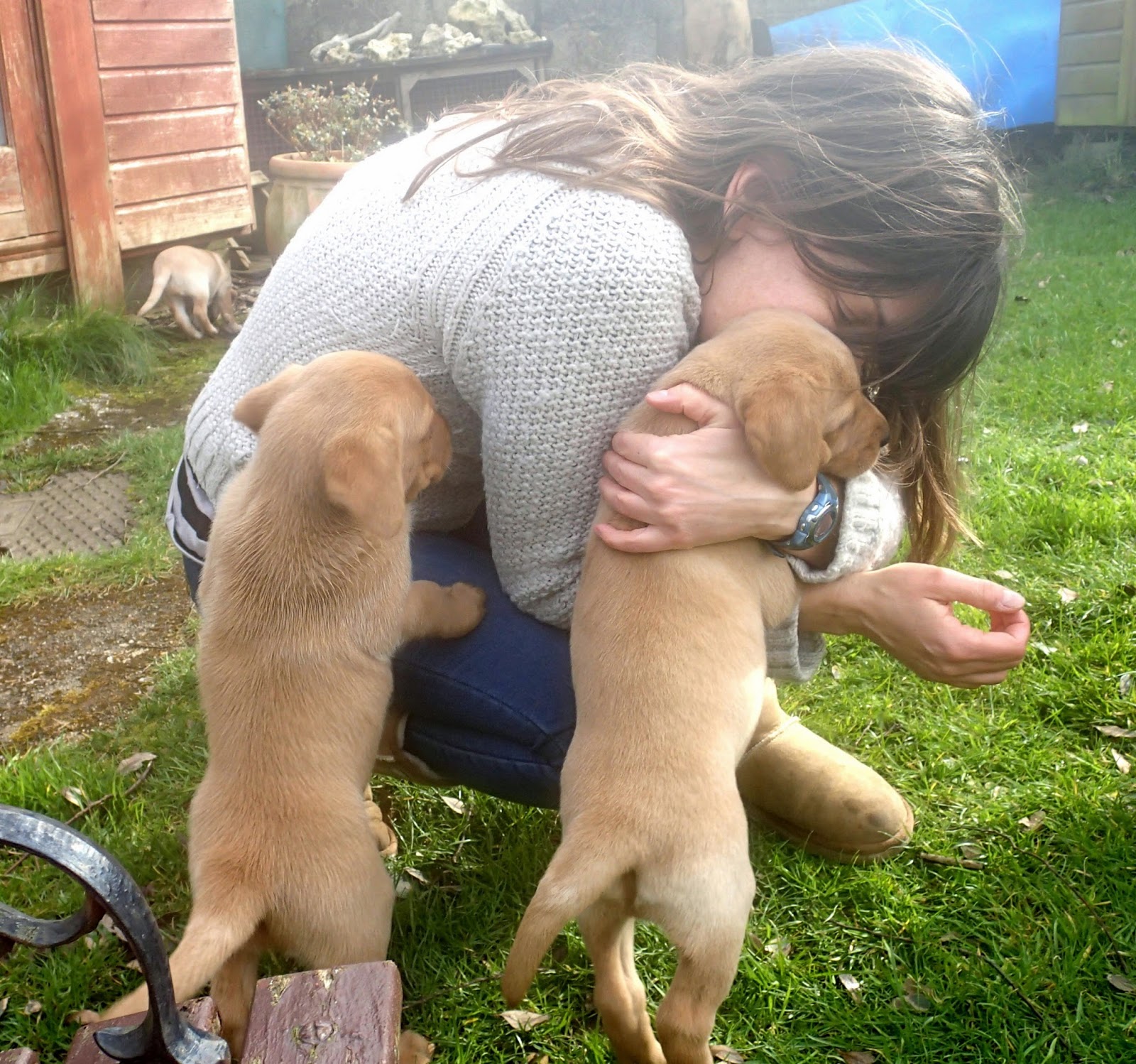 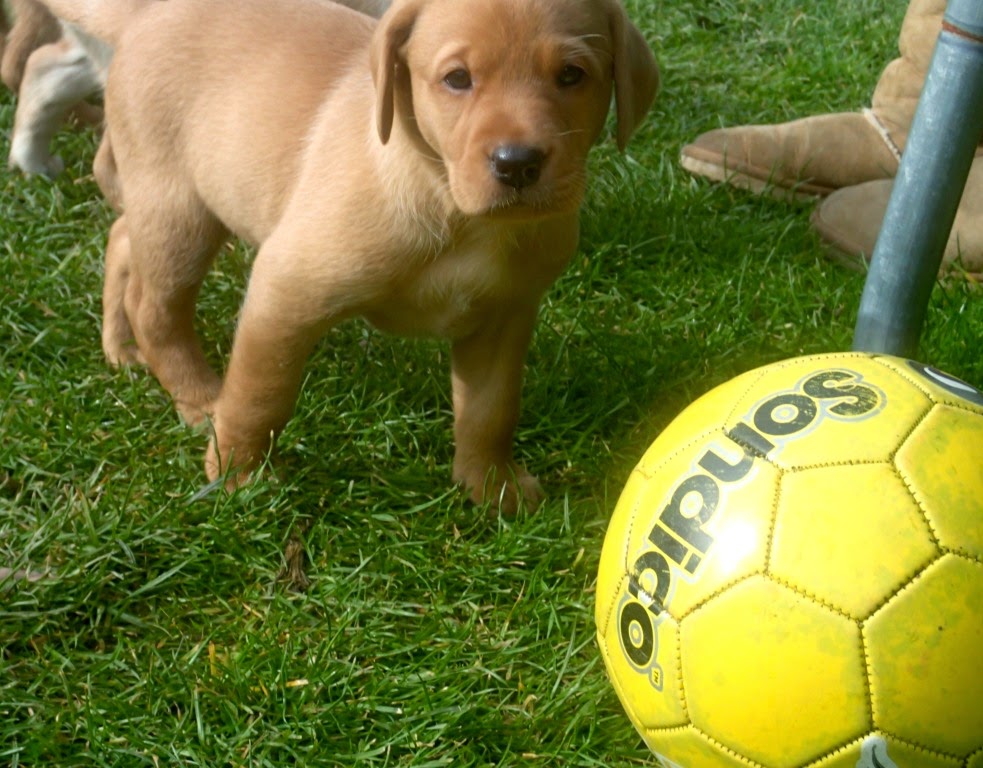 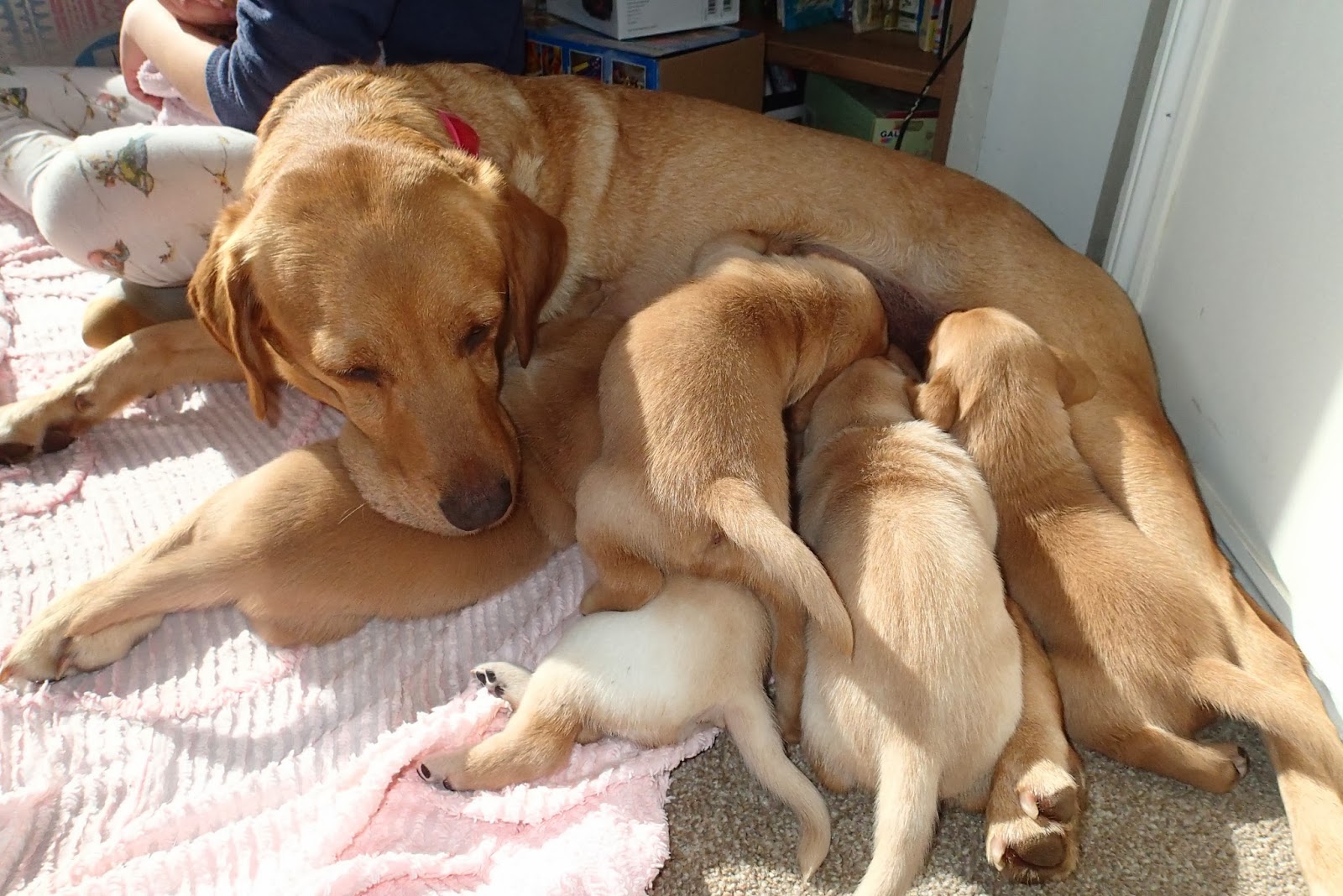 new videos of mangos pups on you tube
http://youtu.be/ye2FQDyZ9bI
http://www.youtube.com/watch?v=ye2FQDyZ9bI&feature=youtu.be
Posted by Matt Slater at 04:00 3 comments: 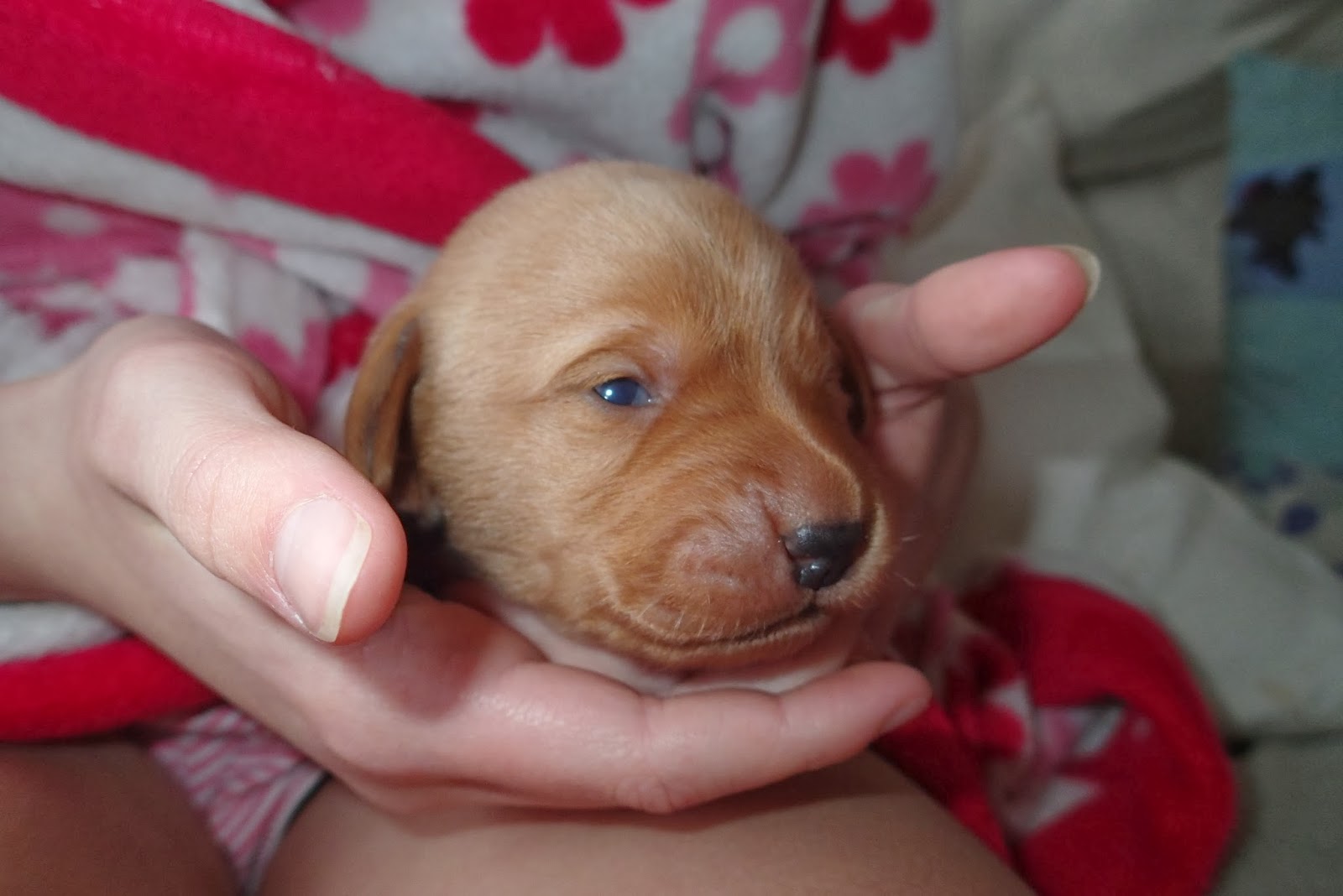 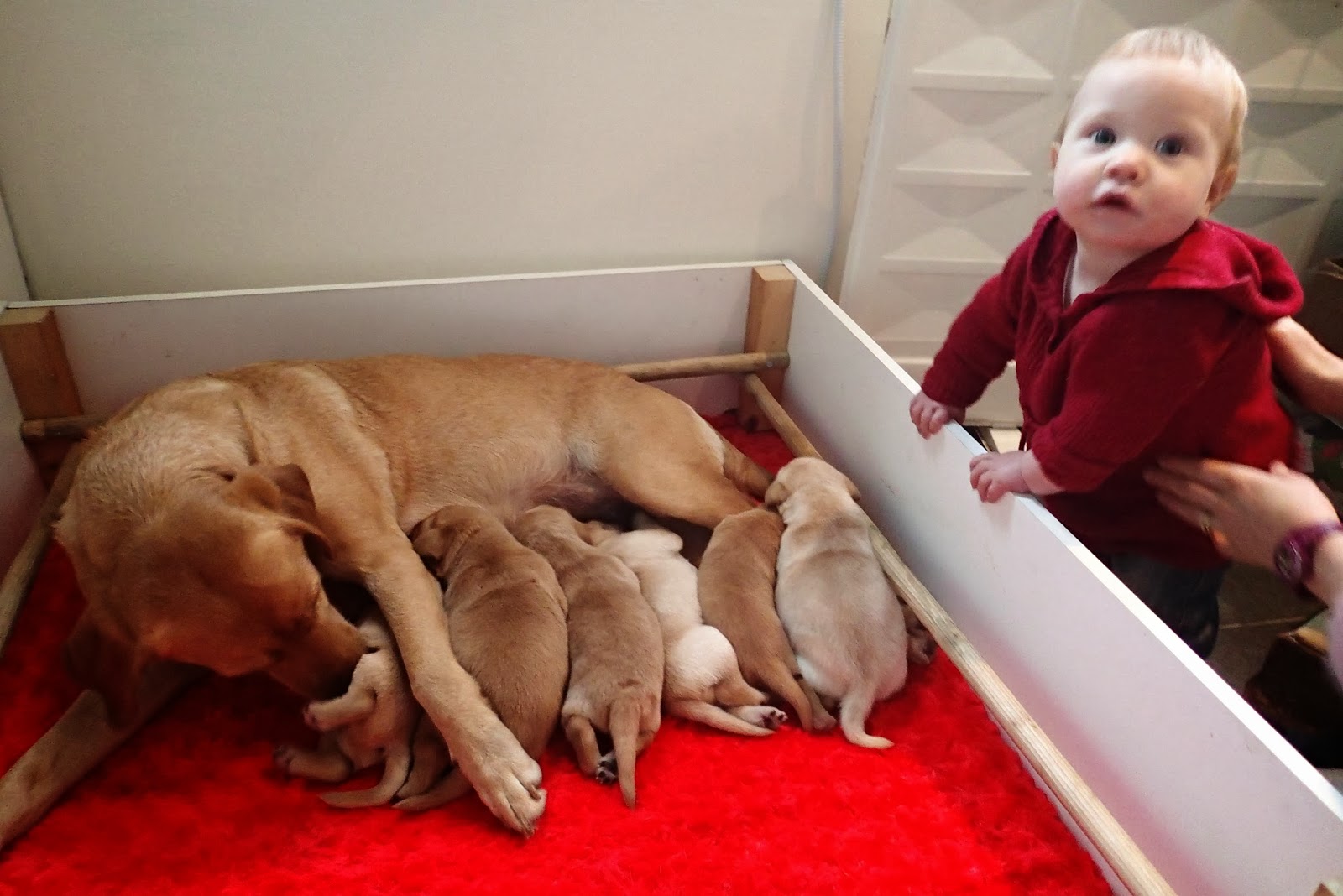 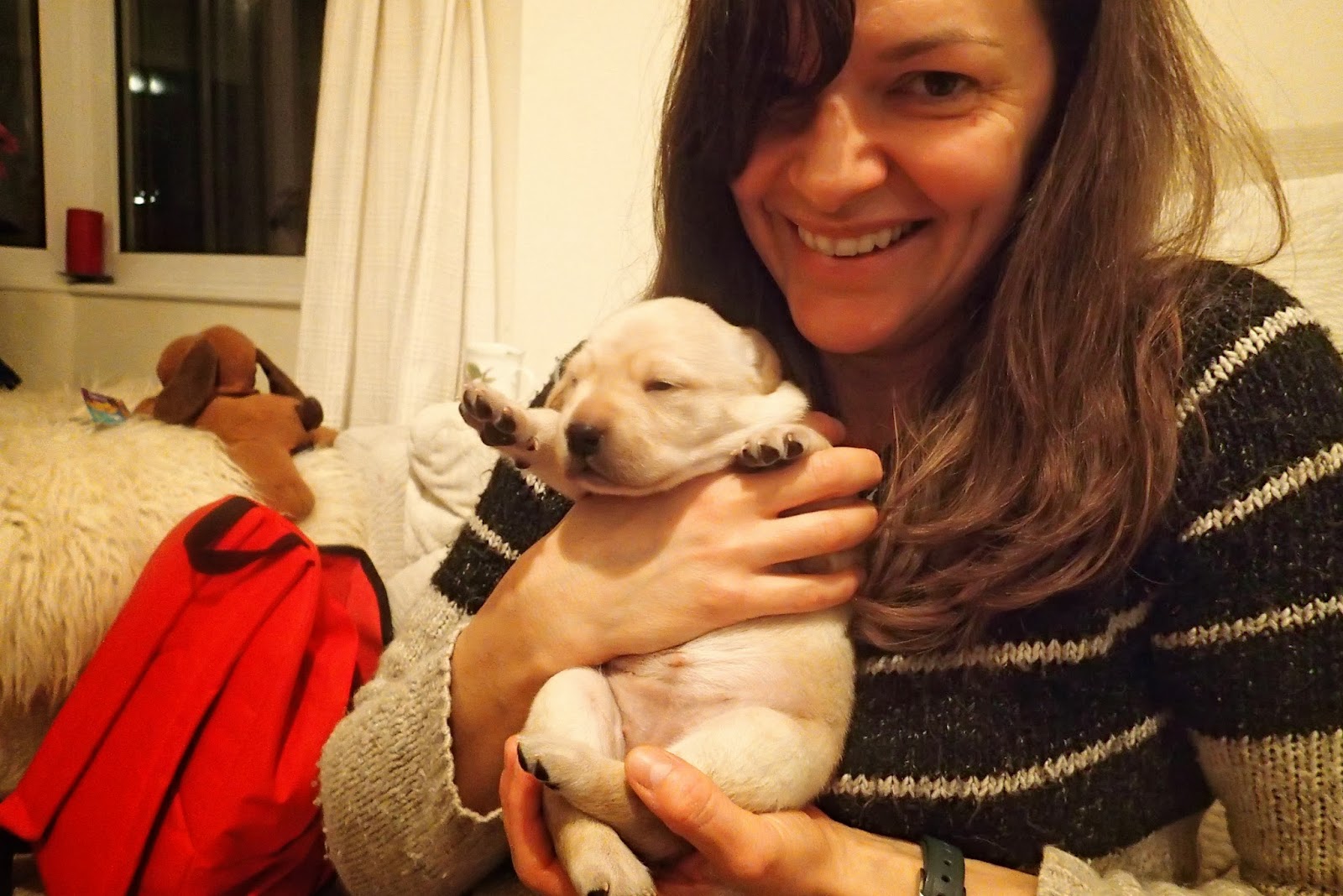 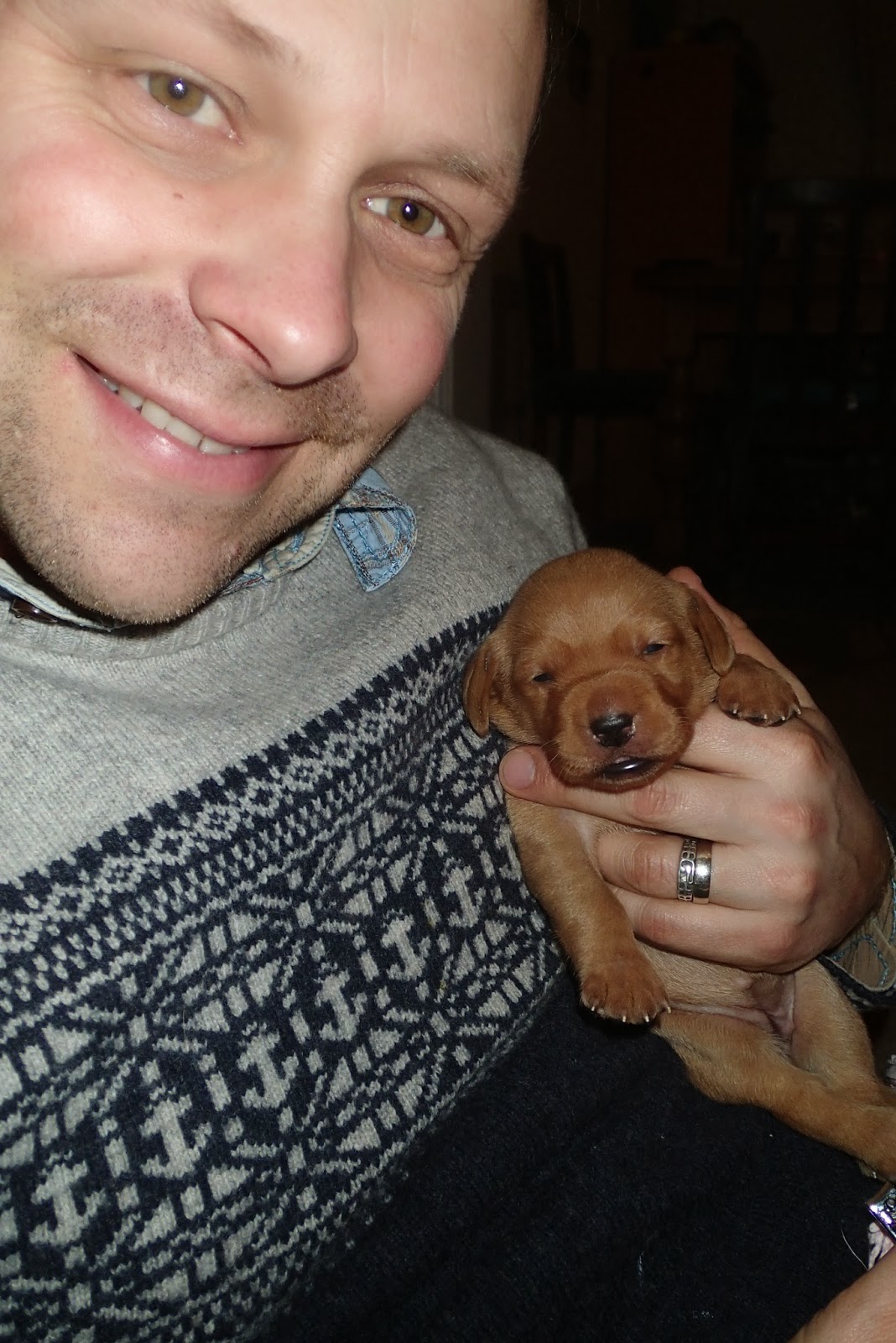 Homes found for all mangos pups!

Wow we thought that it shouldn't be too hard to find homes for Mangos Pups but we were totally surprised how quickly they were booked up once we advertised them on Champdogs! - we had 7 serious buyers email within a couple hours of the advert going live!
We are really pleased that we now have great homes for all 6 pups to go to.  All those who have a pup coming their way you are very lucky! Sorry to all those who didn't get lucky. We do have a reserve list in case any of the sales fall though that you can go on but hopefully all will go ahead as planned!

The pups are doing really well they are now all over 2 lb (except pip who is 1lb 10oz)each and are seriously good feeders!
They are getting darker coloured noses, lips and pads on their paws. They haven't opened their eyes yet but are trying to do push ups now as their legs get stronger!
Mango is also doing well although she is enjoying her walks! She is clearing up after the pups really well. 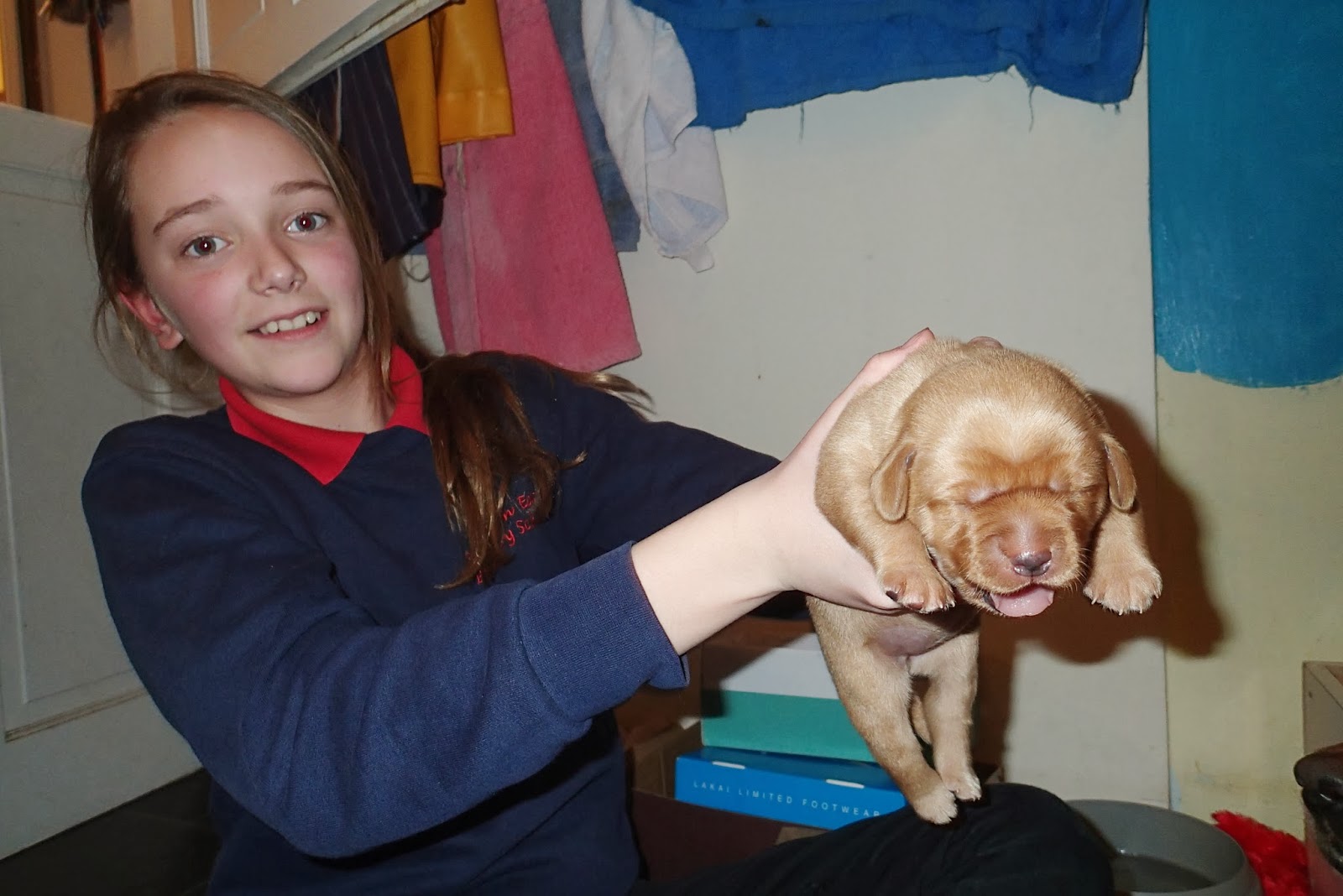 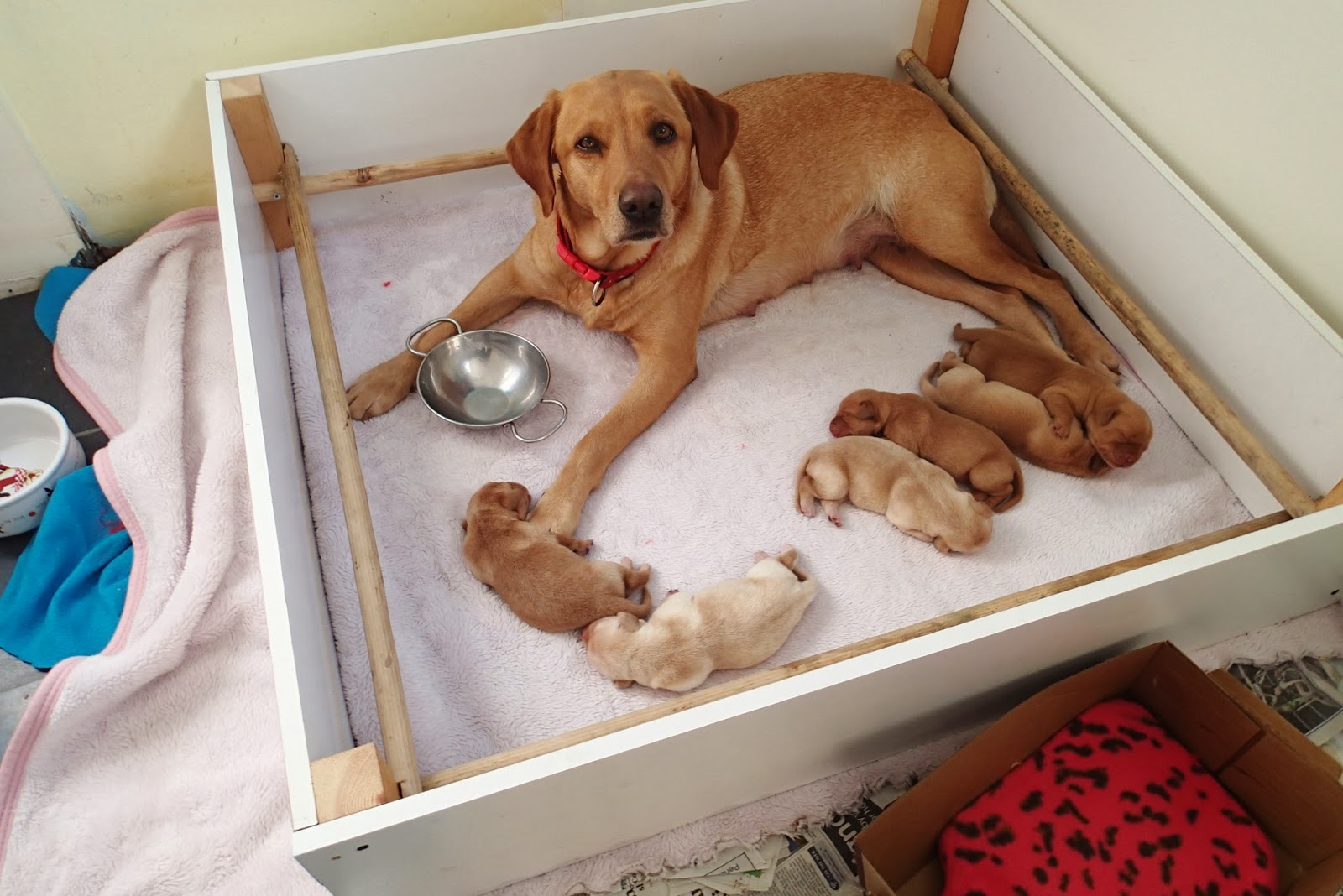 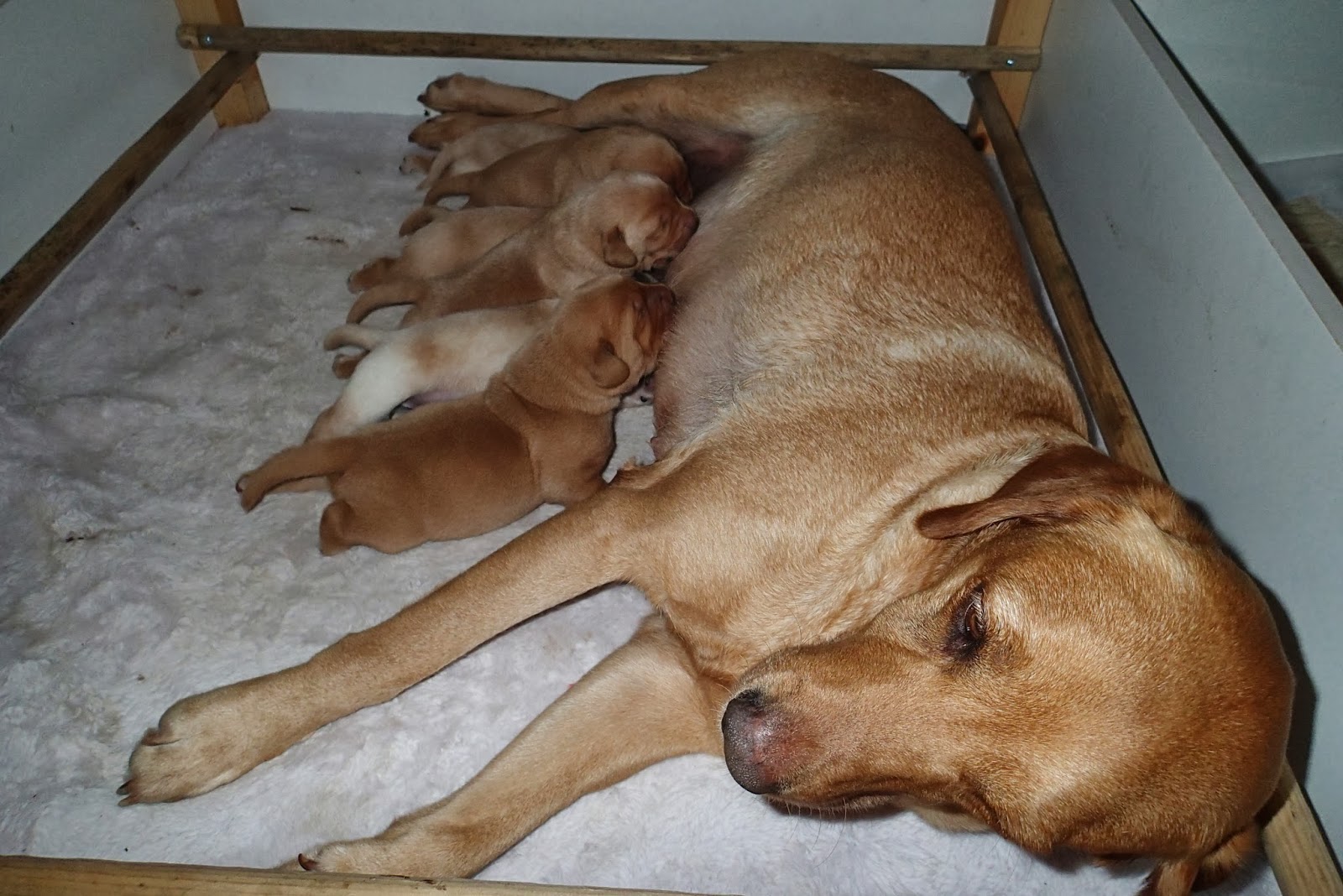 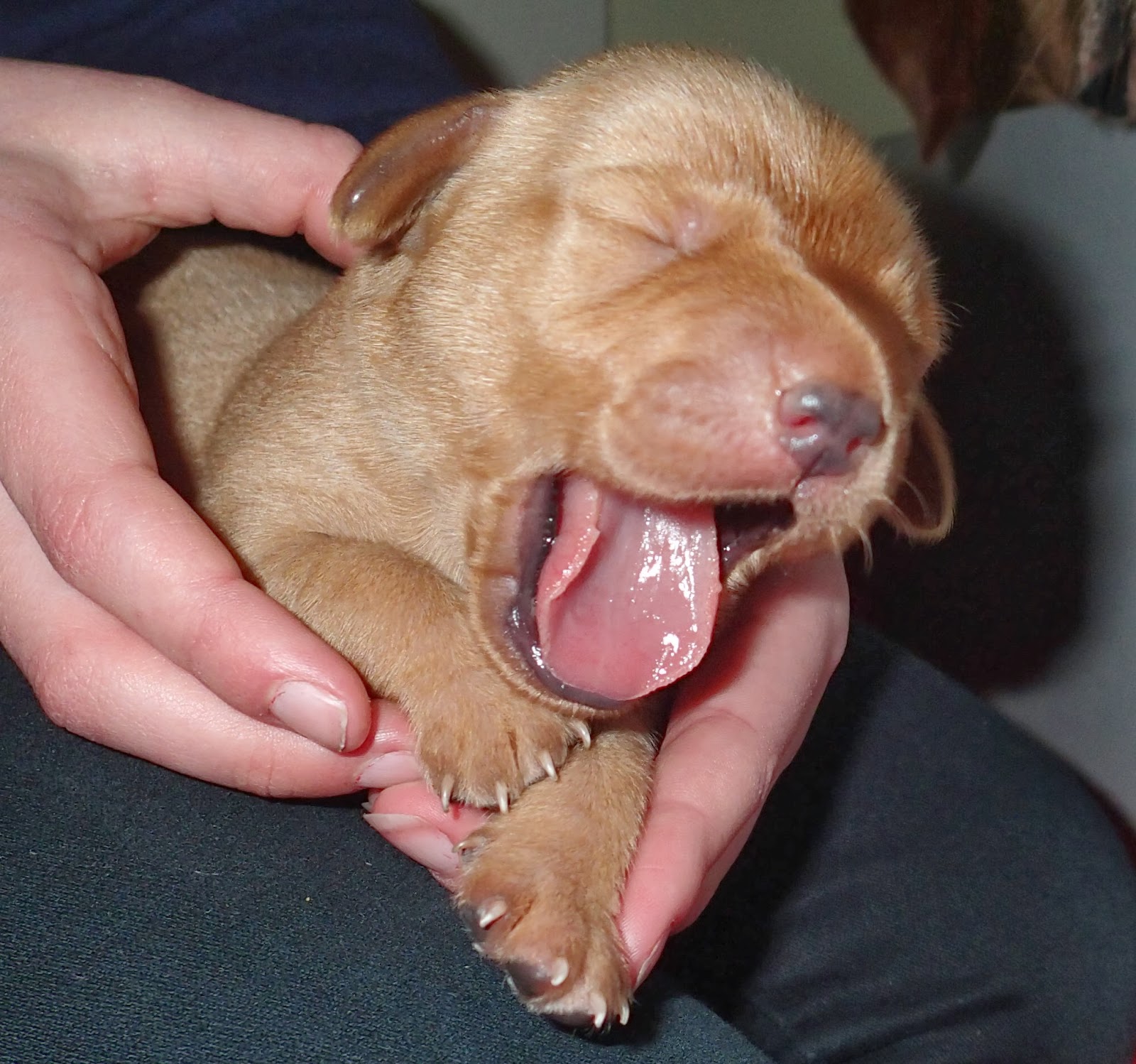 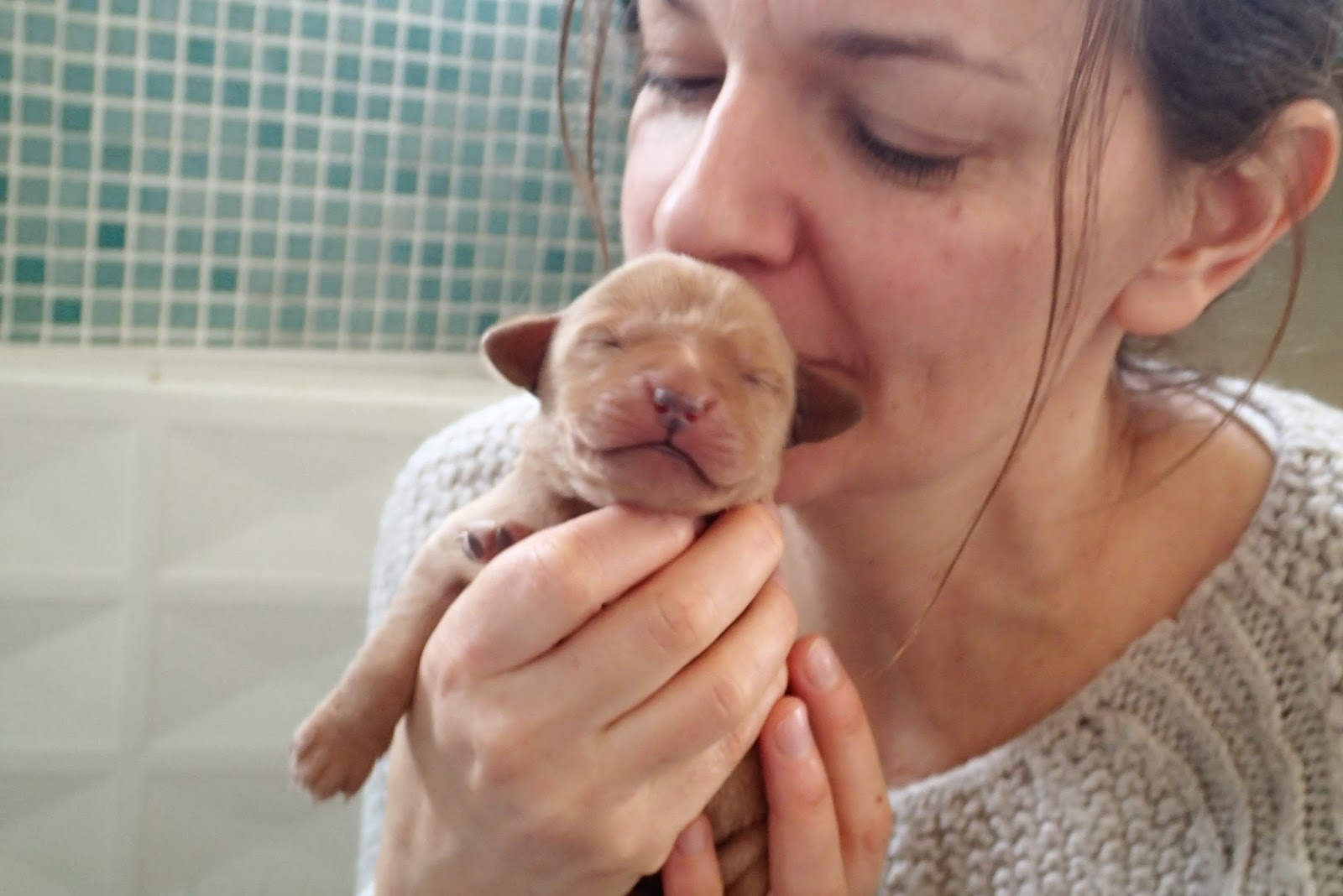 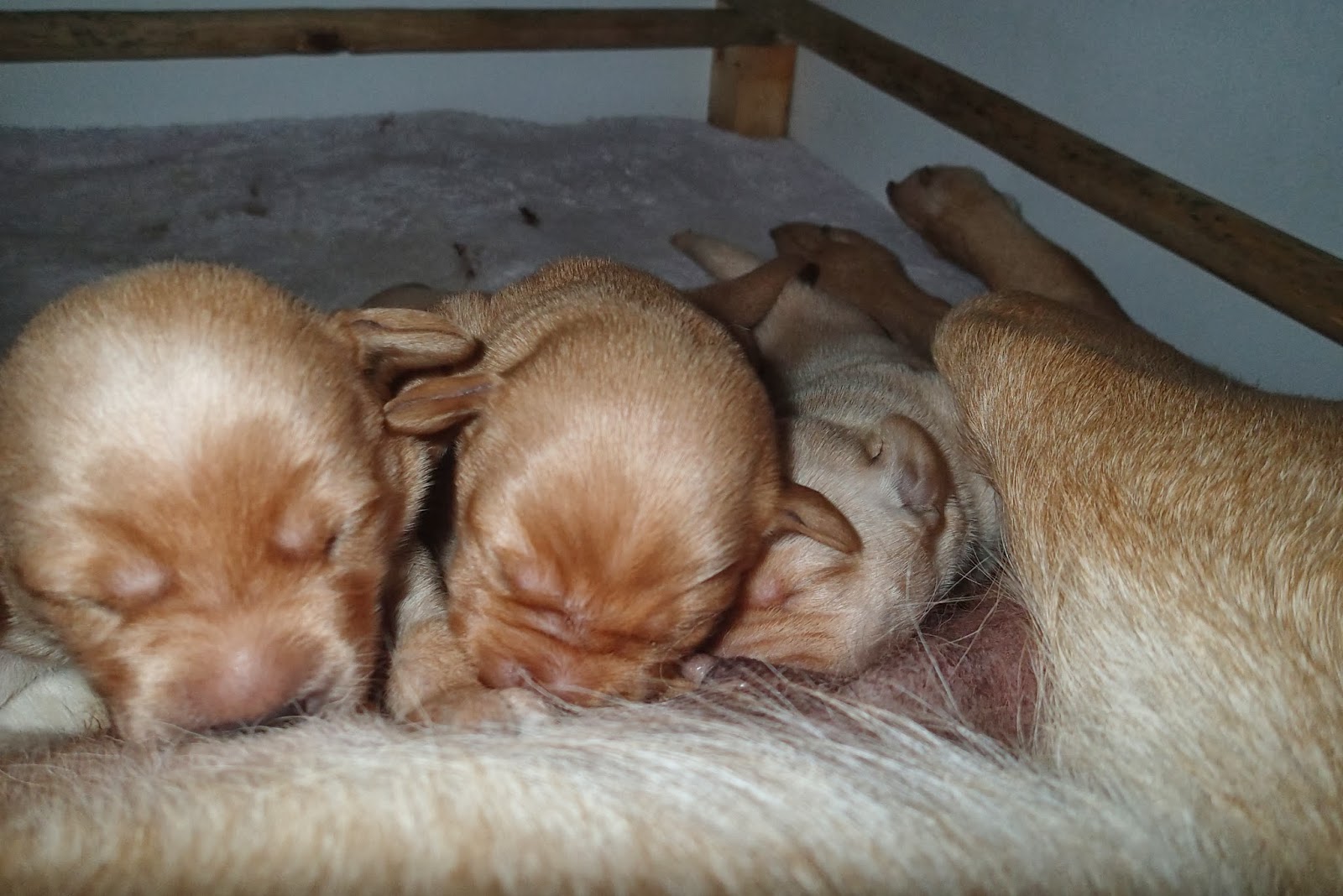 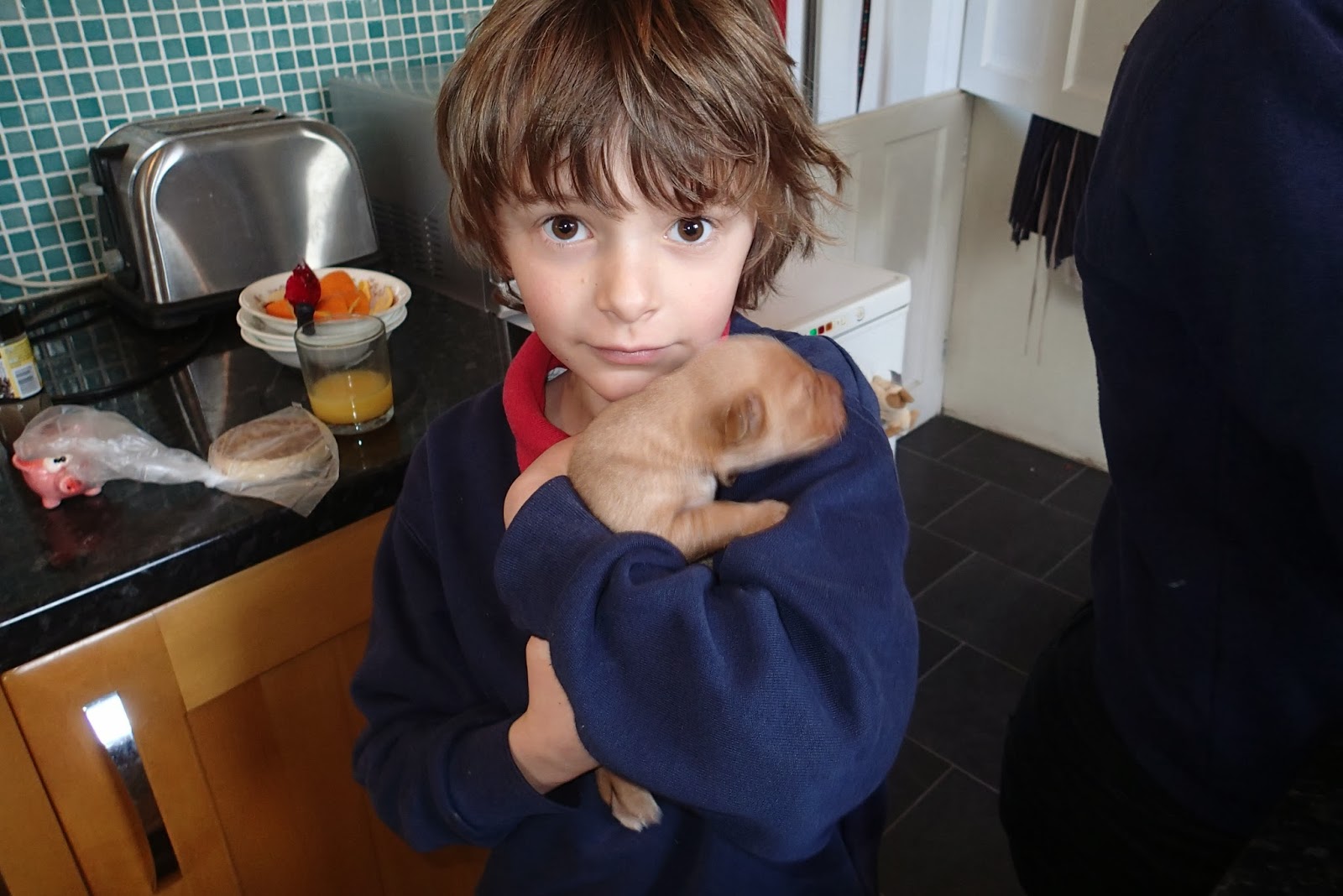 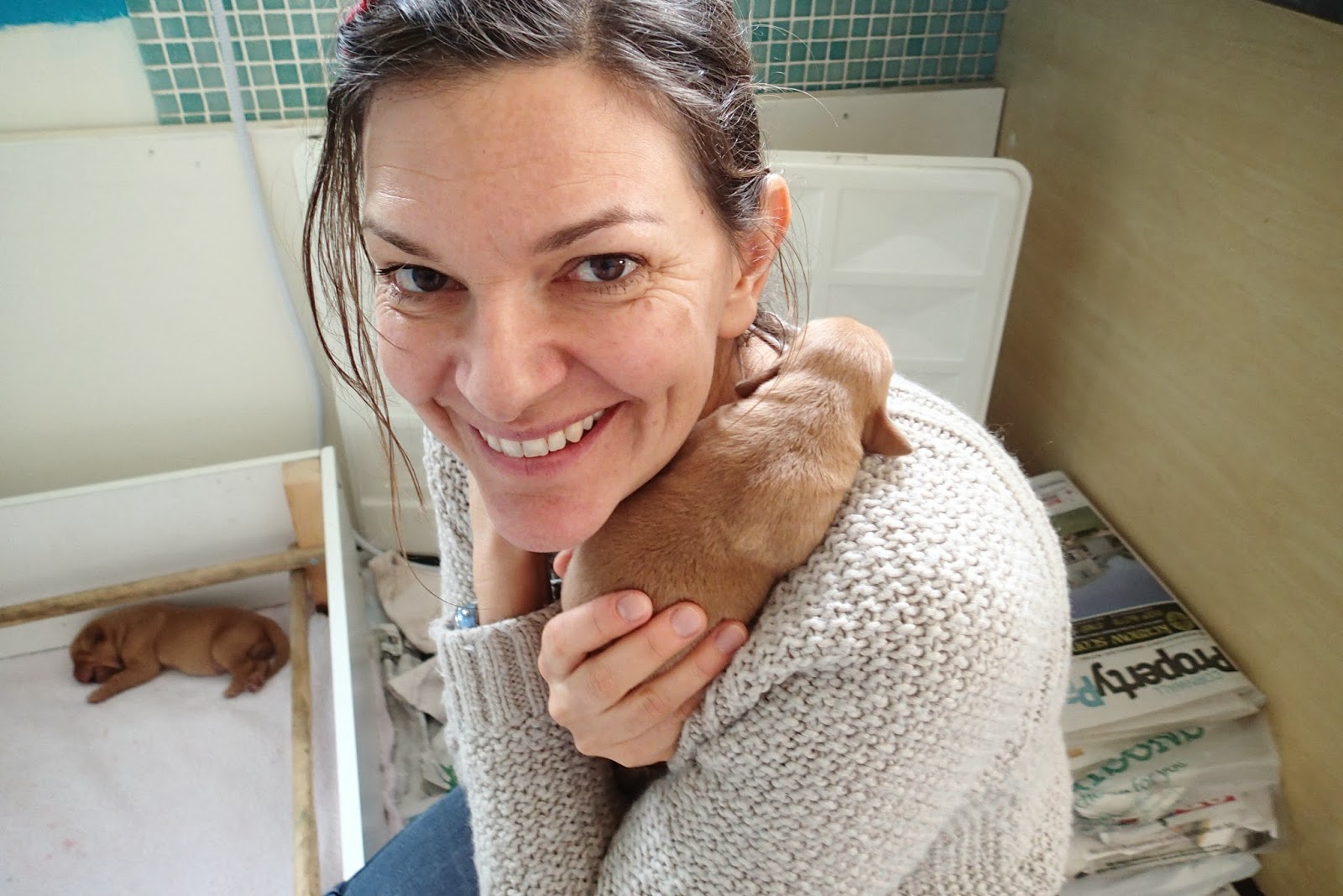 I have now advertised the puppies on Champdogs so if you would like to vist their advert visit www.champdogs.co.uk/breeder/36778

The Puppies have Arrived!!

We are pleased to announce that Mangos puppies were born between 2 and 3 am Monday morning!
That makes me and ursie proud grandparents!!

Here are some photos 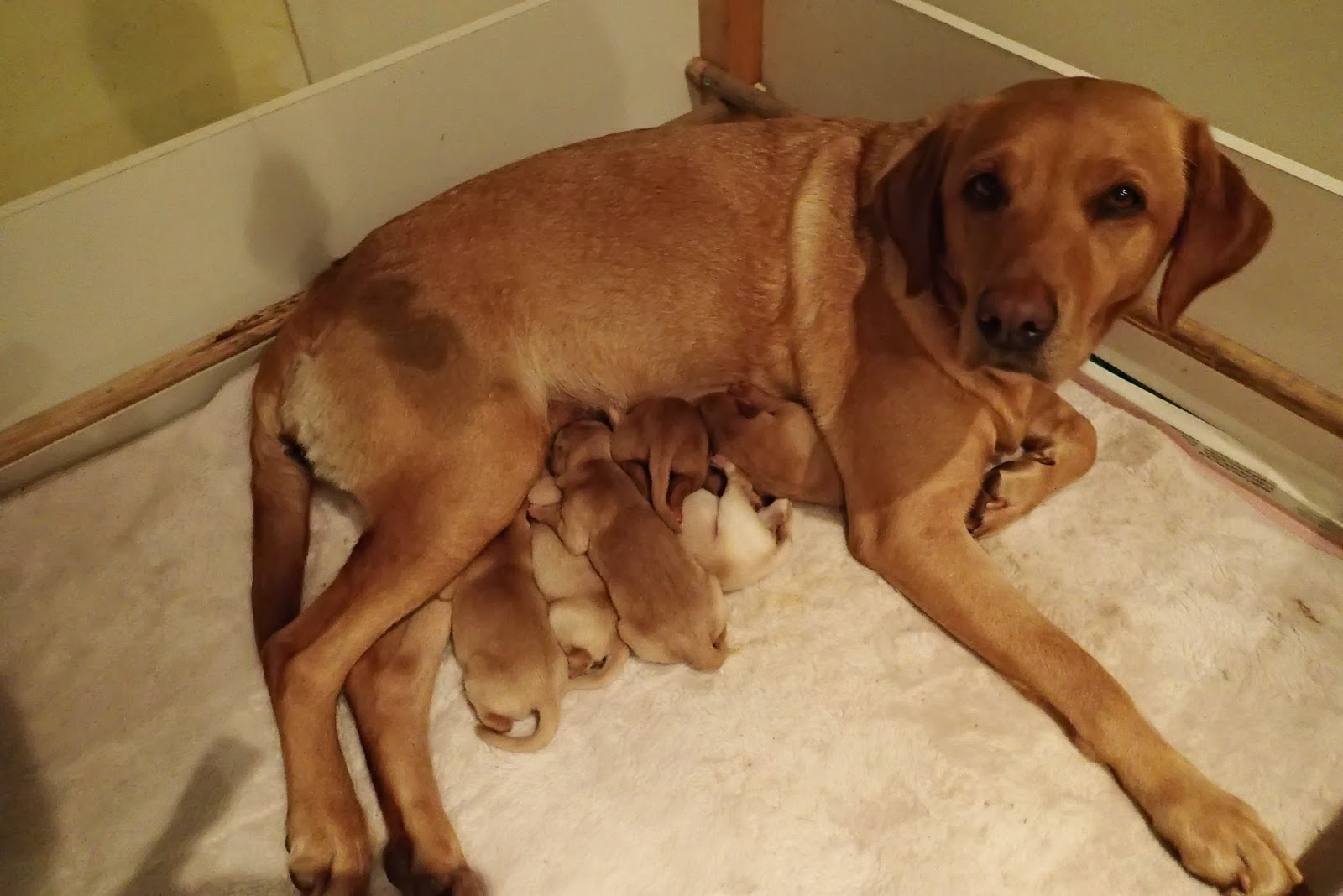 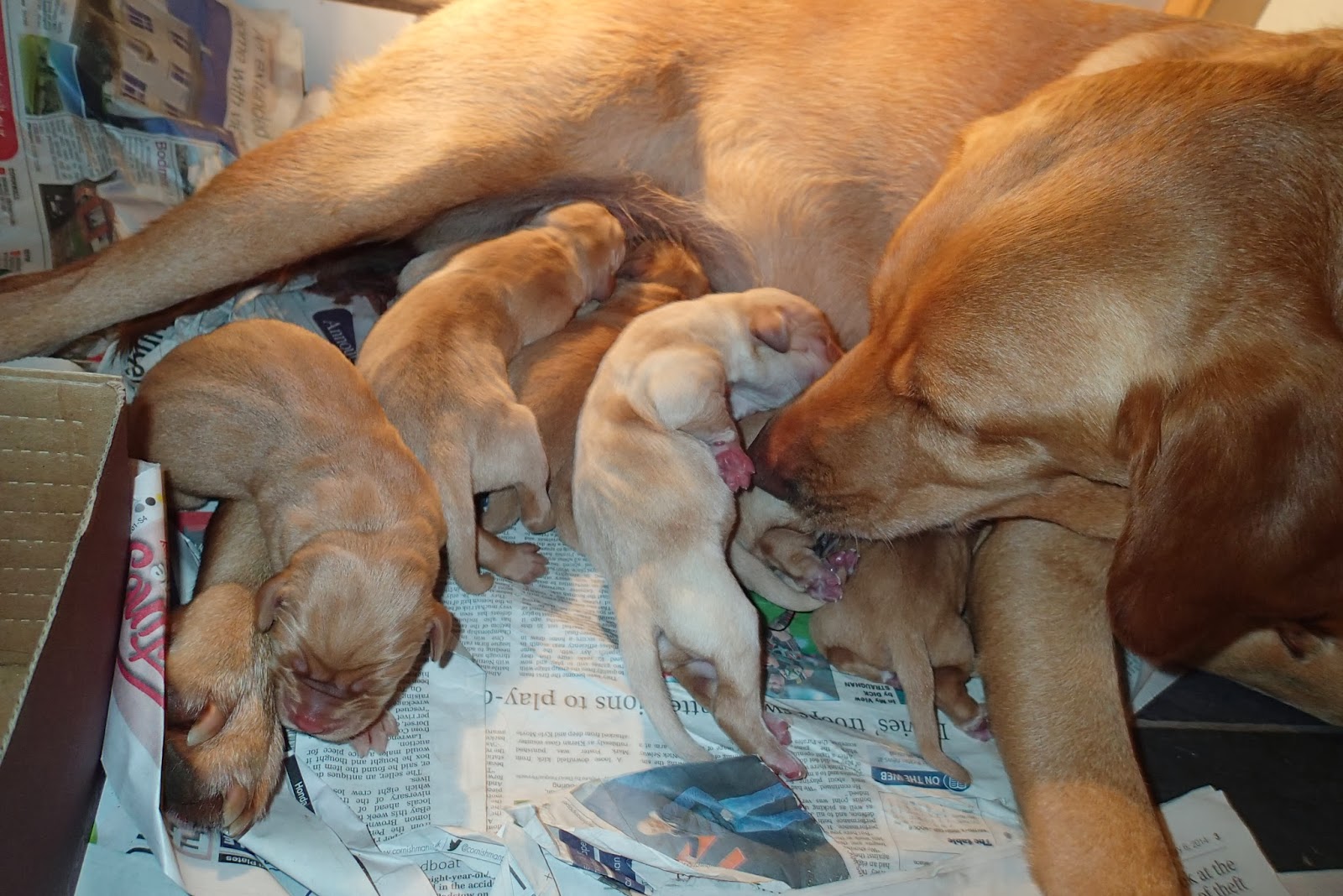 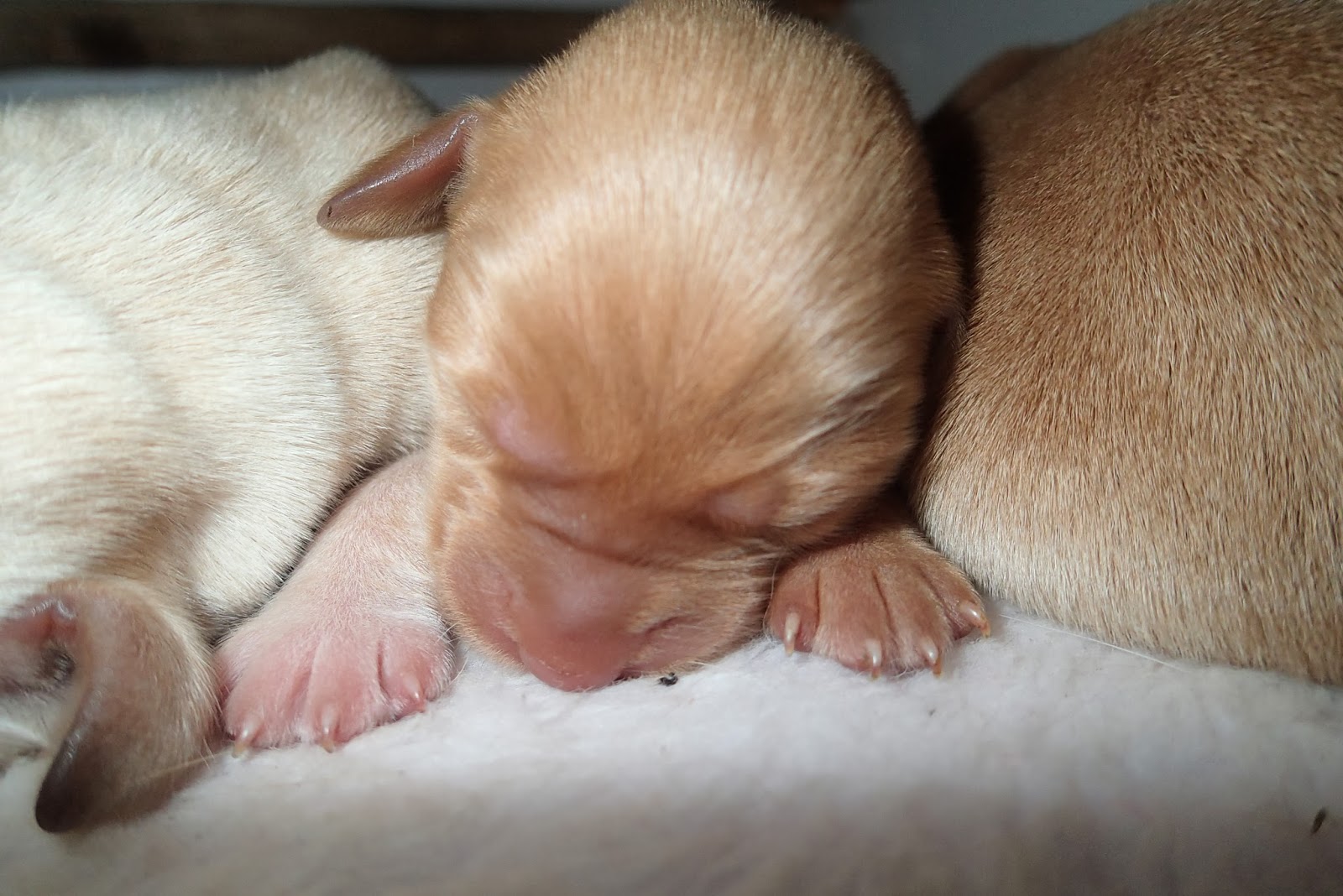 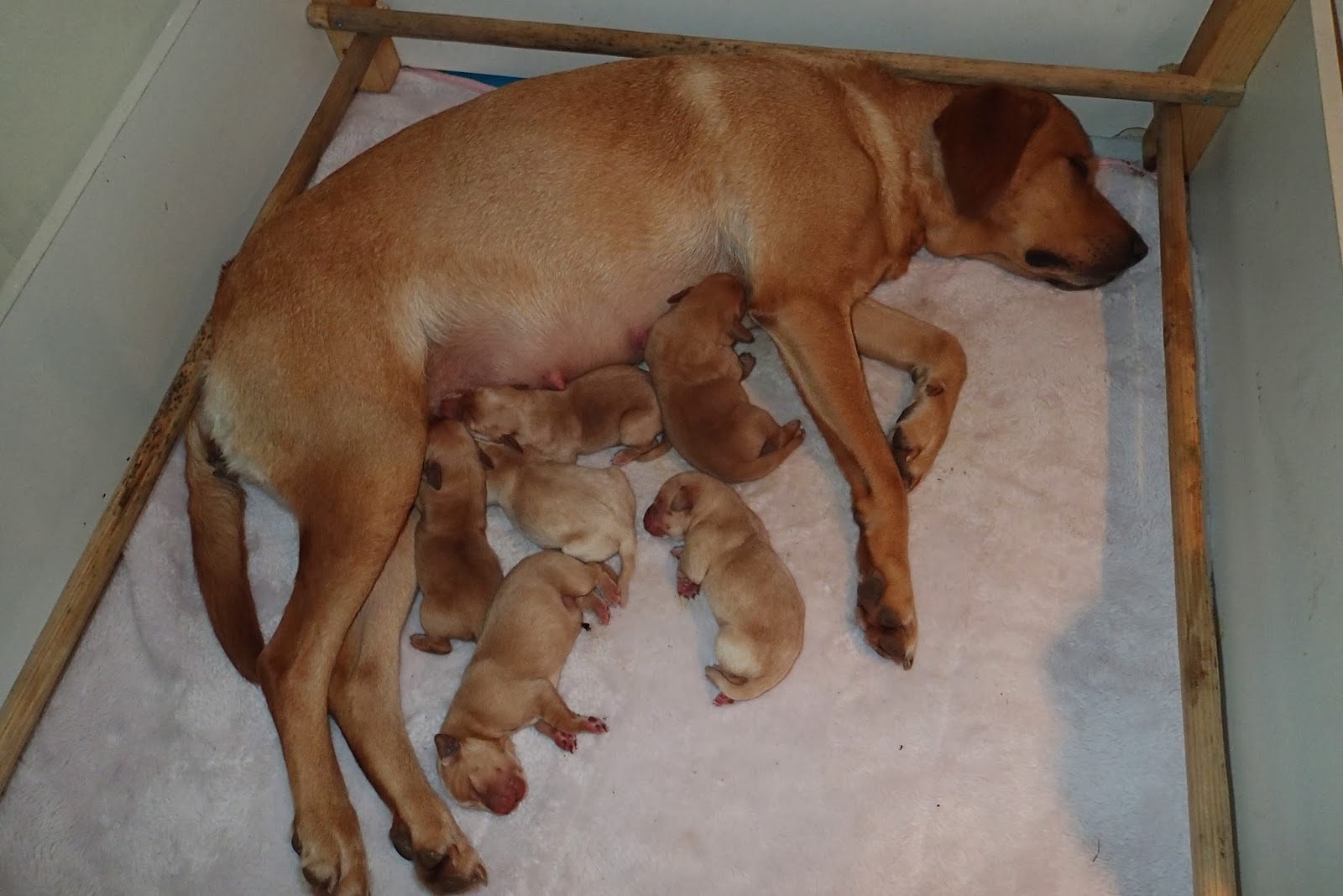 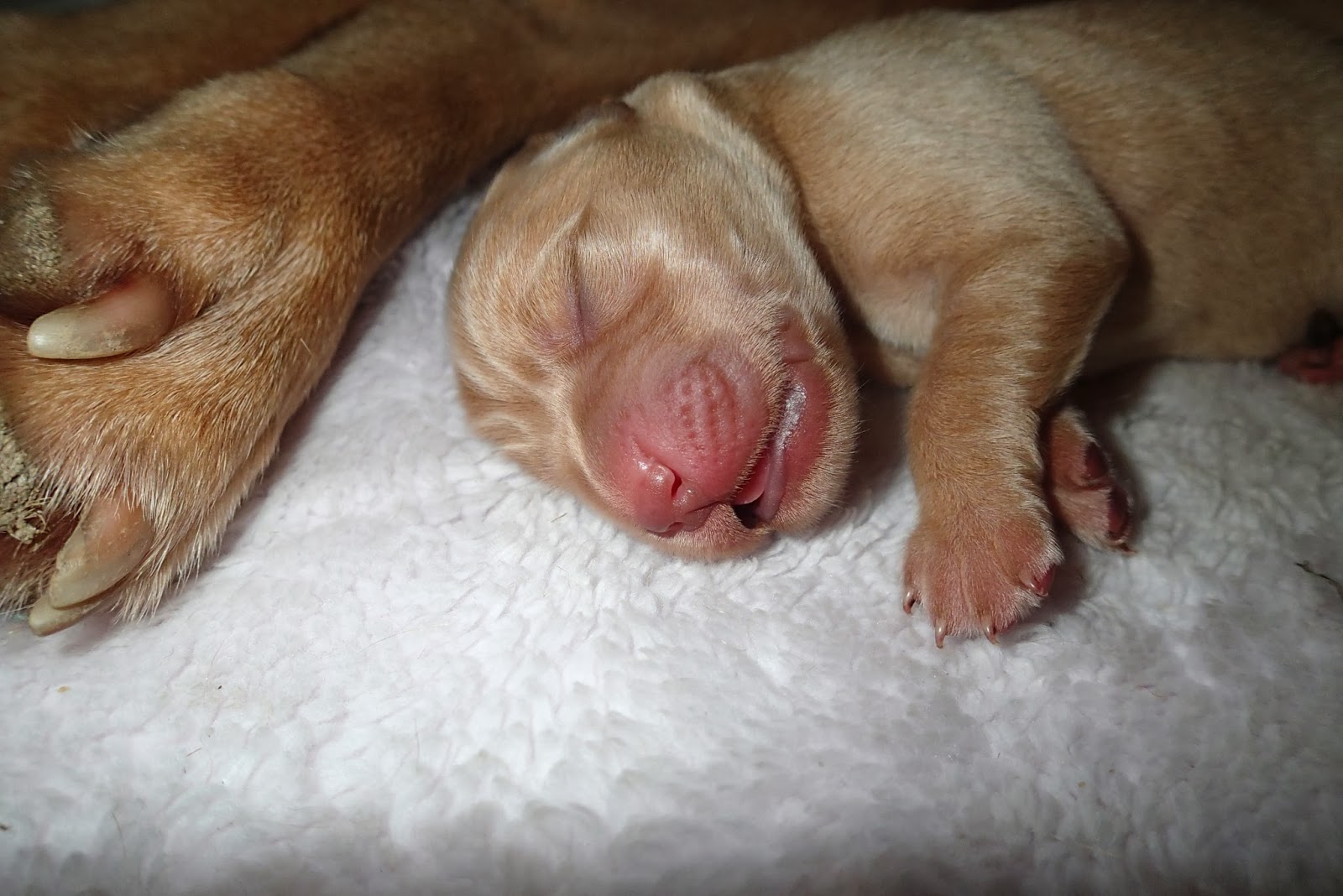 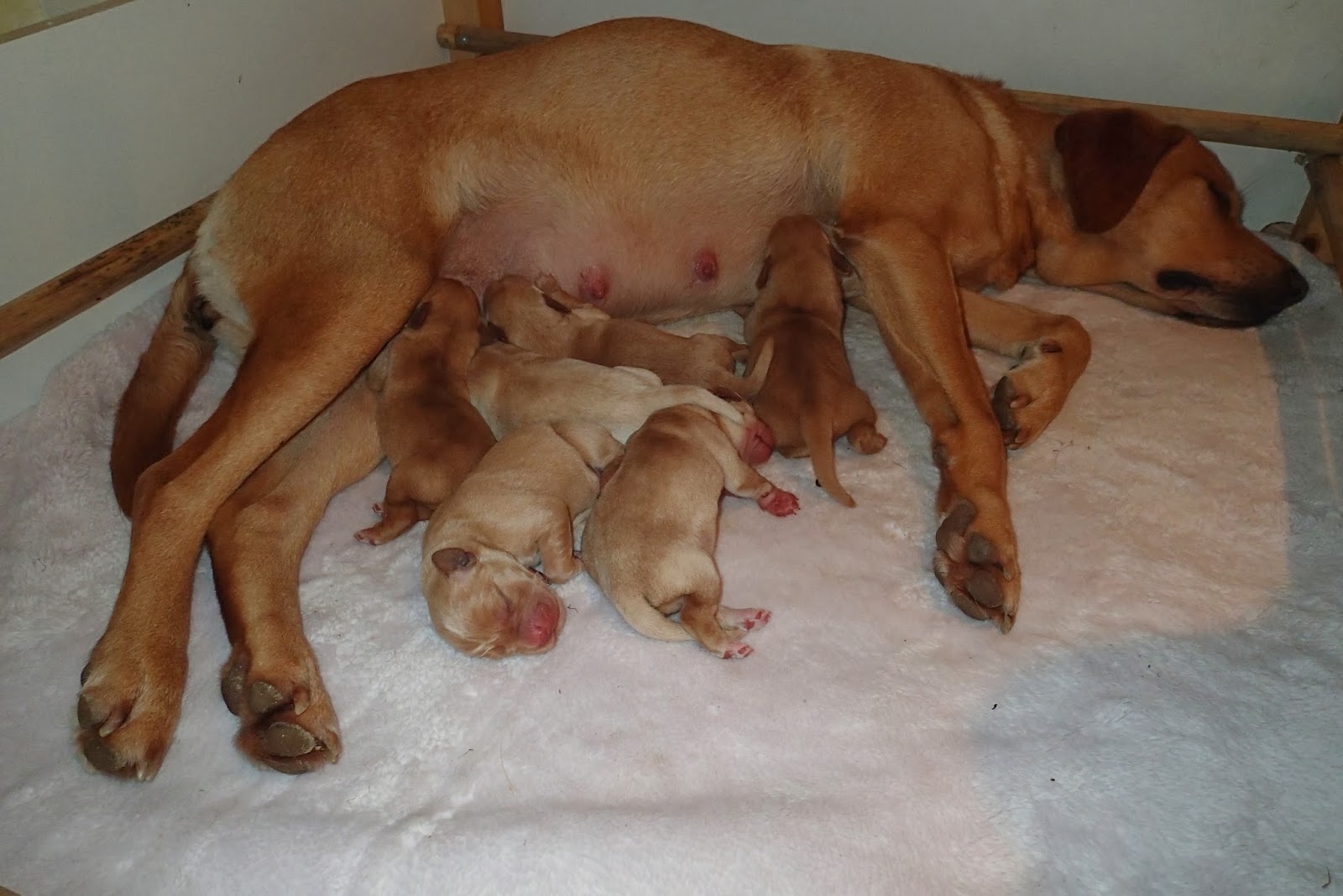 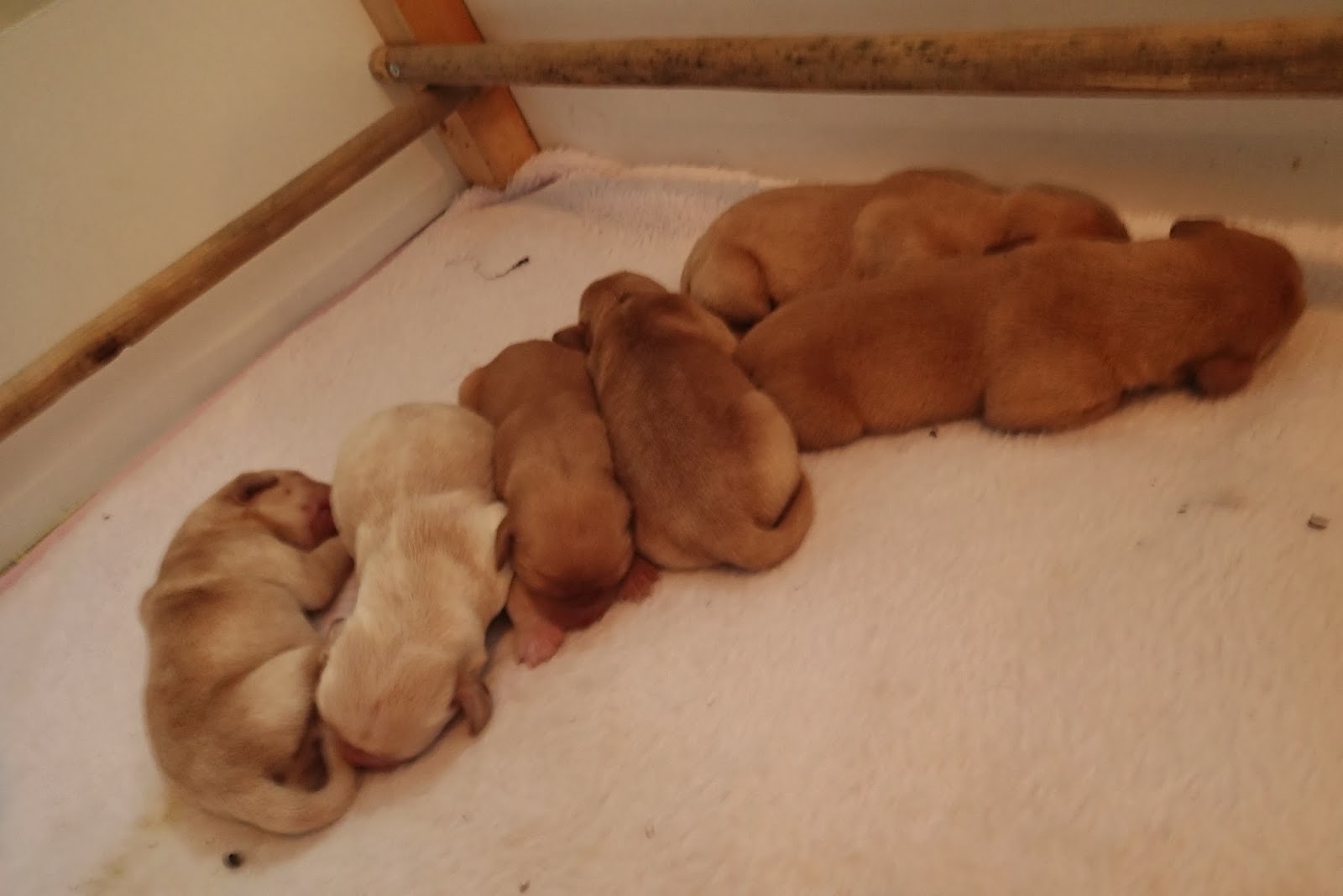 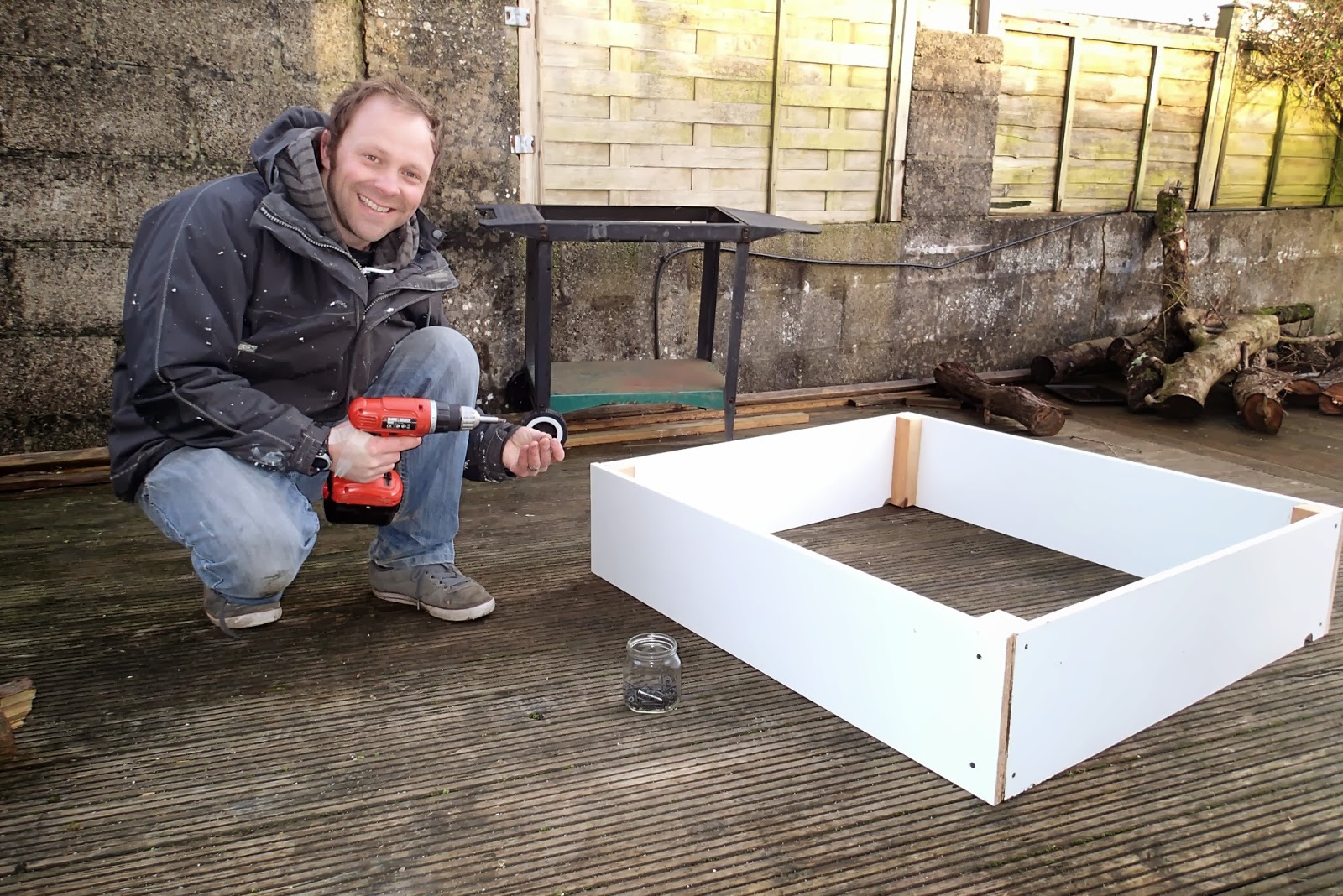 We think mango is due any day now... she is looking a bit fed up,  but still feeding well (as long as we put in some scraps). Cant believe that we are doing this but a few days ago she went off her food so now needs a little enticing - hope we haven't spoilt her for good!  We have an electric heated puppy pad, a huge stack of newspapers and Ursie has watched loads of You Tube videos of whelping so we feel quite well prepared at the minute!
Urs did a night shift last night and mango sat next to me on the sofa while I watched TV - you can feel the pups really moving around properly now with your hand on her side!
Posted by Matt Slater at 03:29 3 comments: